A few years ago I developed an iPhone app called Seed to Harvest to help farmers manage crop records – specifically small-scale organic farmers. The majority of the feedback I received from my customers was positive, but I began to realize that the market wasn’t large enough to make continued development worthwhile. That is, at least not without a serious marketing effort, which I did not have the time or knowledge for at that time.

Given these conditions, I decided to pull Seed to Harvest from the App Store a little over a year ago. Of course, I still support the app and its online reporting component for my existing customers. I have also open-sourced the code for the app under the GPL-2.0 license. You can download the entire source code for the iOS component from here and build it yourself, but it will require some level of familiarity with programming. I have not yet released the source code for the online report generator component of Seed to Harvest, but I will probably do so at some point. 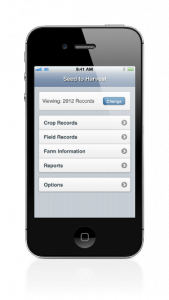 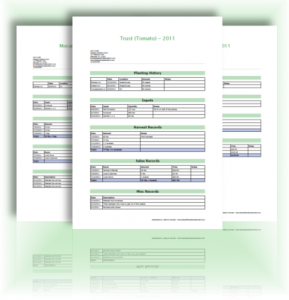 Lessons Learned from Seed to Harvest

Do I consider Seed to Harvest a failed project? No. I don’t because ultimately it served its intended purpose. This was my first project that had potential to generate revenue, and it did. More importantly, I learned a lot and it helped me to jump-start my career in software development. When I started developing the app I essentially said, “hey, if this turns into something bigger, great, but if not, I will still learn a lot in the process.” In my mind it was a win-win situation either way.

That said, there are certainly many things I would do differently next time. The first lesson that comes to mind is to never start developing a product without first researching the market. I would also start a marketing effort a lot sooner, maybe even before any development work has been done. As part of the marketing effort, I probably would want to establish a potential customer base. As I’m writing this, I am realizing that this is similar to what projects on Kickstarter and other similar sites do, except that my version of this strategy does not include collecting money from customers ahead of time.

Analytics is one other thing that I would do differently, or more accurately, it is something that I would actually do versus not doing. Seed to Harvest literally had no analytics built into the app, so there was no way to know how many people were continuing to use the app (aside from paying customers using the online report generator), and how they were using it. Data is like gold, and it would have been very helpful to have that kind of information if I wanted to continue to develop the app.

Don’t forgot to check out the source code for Seed to Harvest!